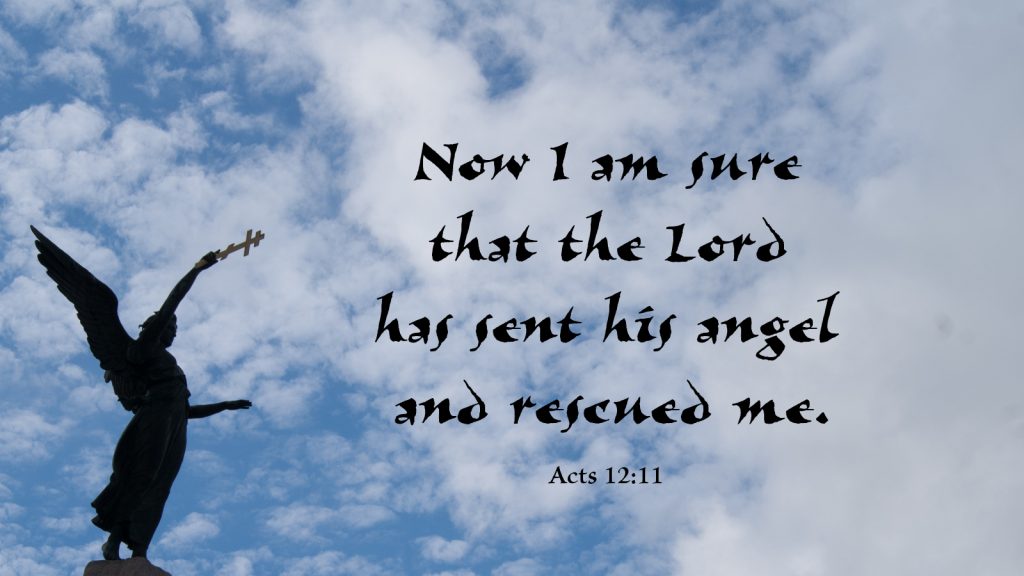 The internet video billboard known as YouTube has been a source of amazing sights and sounds. We have heard of singers posting their music on YouTube and becoming “overnight” successes. We have seen feats of amazing dexterity and skill and outright foolish pranks. Though we often take these amazing visual records as they appear, we sometimes question whether technology somehow manipulates what we see.

In today’s reading from the book of Acts, we learn of the amazing escape of Peter from prison. Herod’s stronghold on dissident voices usually assured that no one could escape from his jail once they were arrested. The disciples had been earnestly praying for Peter to be released. Yet, they were all amazed when he appeared at the door. That is why Peter’s appearance at John Mark’s house amazed the servant girl Rhoda so much that she left him knocking at the door.

At times it is hard to believe what God can actually do. We sometimes want to rationalize a true miracle that happens to us. Miracles happen every day. It is up to us to see with eyes of faith and allow the truth of God’s presence to be our reality.

Prayer: Dear Lord, help me to see you in the everyday miracles of your presence. Amen.